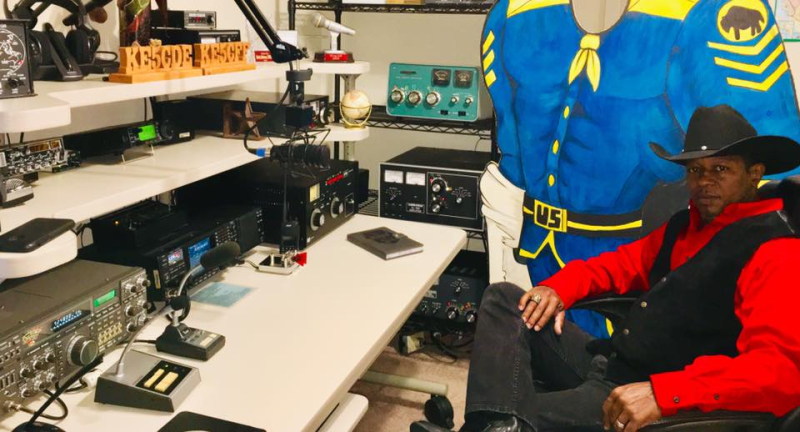 In honor of Buffalo Soldiers Month, the Texas Parks and Wildlife Buffalo Soldiers will take part of a world wide amateur radio special event. They will begin transmitting at 8am Saturday, July 25, 2020  and end 8pm Sunday, July 26, 2020.

For those without an amateur radio join them at 1pm on Facebook Live for participation and a chance at a special QSL card and commemorative certificate. 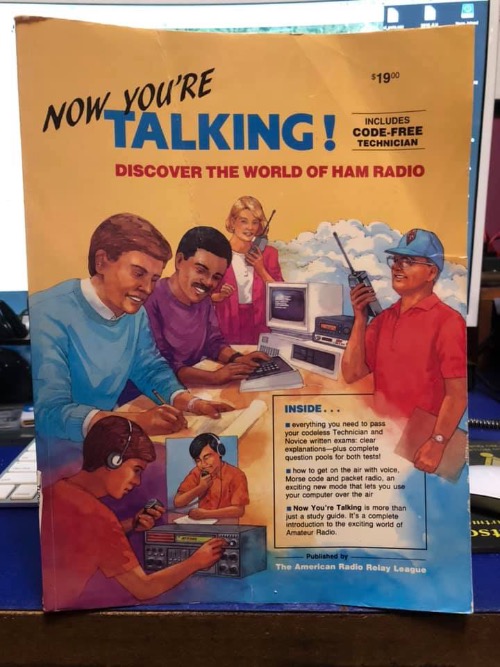 The book that launched the 'No Code' revolution. Now You're Talking, ARRL Copyright 1991. 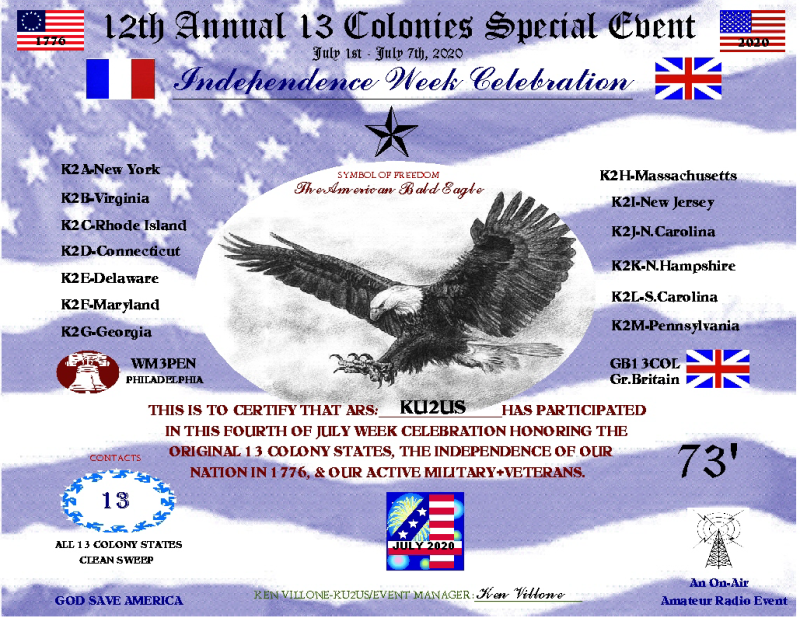 All HF bands will be in play, including the WARC bands, with the exception of 60 meters. Simplex on 2 meters and 6 meters is encouraged.

The SE stations are on the east coast and, are very close to each other. It will be harder for these states to contact each other so, use of 40m-160m is encouraged.

All modes of operation may be represented - SSB, CW, RTTY, Digital, Etc. - The mode of operation is up to the individual colony state station. Please refer to the State information pages for details.

The exchange for this event is:
CALL SIGN
RS / RST / RSQ
STATE / PROVINCE or COUNTRY

ATTENTION SWLs: All Short Wave listeners (SWL). You will also qualify for the certificate. Follow the instructions on the Certificates page when you submit your log. A special SWL logo will be affixed to the certificate for you. One or all 13 stations logged qualifies you. Just log ALL of the 13 Colony states and you can get a complete set of custom special event QSL cards also! all 13 are different. QSL requests to be made to each individual Colony State Station with an SASE. Consider becoming a HAM too!

All information from 13 Colonies.

Posted at 09:31 AM in Shortwave Listening, Special Events 2020 | Permalink 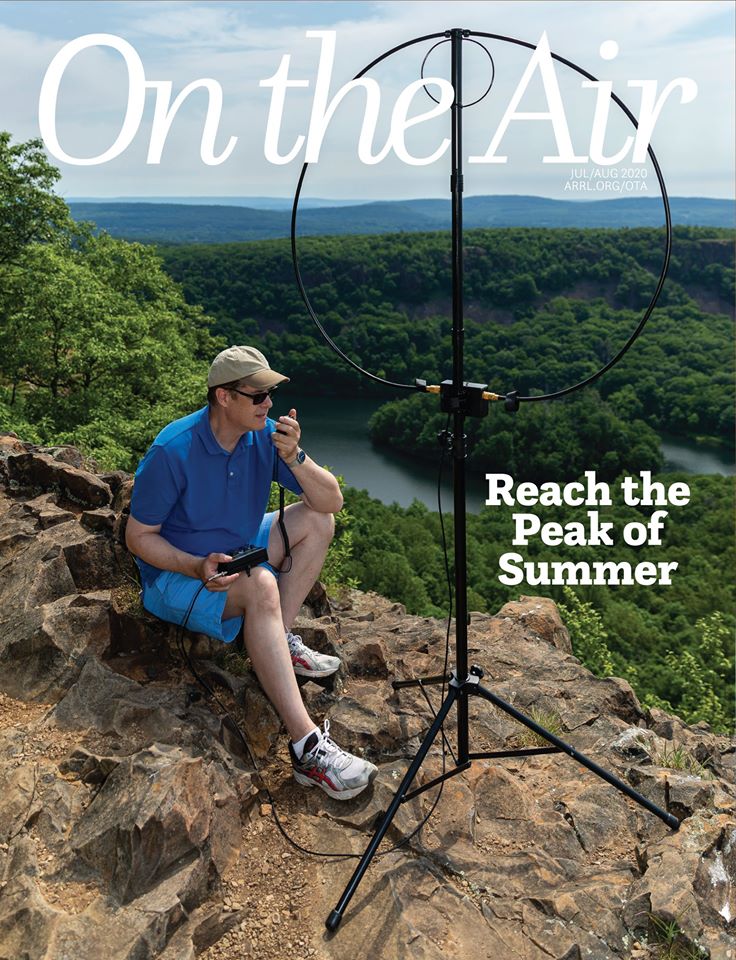 The July/August issue of On the Air starts mailing this week and will be available online to all ARRL members on Friday, July 3. The cover story, “Hitting the Heights with Summits on the Air,” introduces you to the SOTA program, in which hams earn awards by getting on the air from peaks. July/August also features information on how to buy the right coaxial cable for your station, a walk-through of the tools and materials you’ll need for soldering, an introduction to the Amateur Radio Emergency Service (ARES), and more. 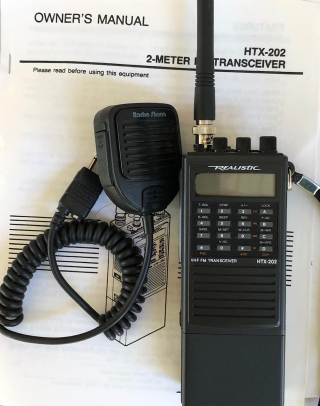 When the Radio Shack HTX-202 first appeared in the RS catalog in the early 90s I knew I had to own one. I also knew I would have to finally get my ham ticket.

I pestered the poor guy at the Carlyle Avenue, ‘Shack for months and finally bought the first one to hit the store.

It was my constant companion for several years. I loaned it to a new ham and never saw it again.

Never really gave it much thought, but here, 30 years later, I ran across an eBay listing for a near mint HTX-202. I used all my “bid-fu” to snag it for $76.00. Along with the radio was the original antenna, wrist strap, belt clip, a speaker mic,  and some photocopied documentation.

The seller did not have the Ni-Cad battery pack or wall charger, but sent along three AA battery holders.

I put batteries in the holder, turned on the radio - it came alive. In honor of the old PRIME/KN9G days I immediately programmed in 145.110.

I forgot what a chore the original manual programing was. Jeez, we’re so spoiled by Chirp and RT Systems now…

The radio has 16 memories, 1 Home channel and 3 priority memories. Power is selectable from 1 watt to 6 watts. The manual boasts the radio has "True" FM modulation.

The belt clip is a big piece of bent steel. Although not mentioned in the manual, it serves as the heat sink for the final transistors. Most of the radios I’ve seen online do not have the clip.

Along with the manual was a document with technical information saved from a thread on CompuServe from 1995. That brings up even more memories.

The HTX-202 was built for Radio Shack by Maxon. It was based on a the Icom 02AT. So accessories and batteries for the Icom will work just fine on the ‘202.

It was designed by Radio Shack to be locked on the ham frequencies only. It cannot be modified to transmit on any other frequency.

After the introduction of the HTX-202, Radio Shack released the 70 CM version, the HTX-404.

Now that I’m feeling nostalgic, guess I need an HTX-100, 10 Meter rig, and a copy of Now You’re Talking.

Posted at 12:55 PM in Gear and gadgets, Vintage Radios | Permalink 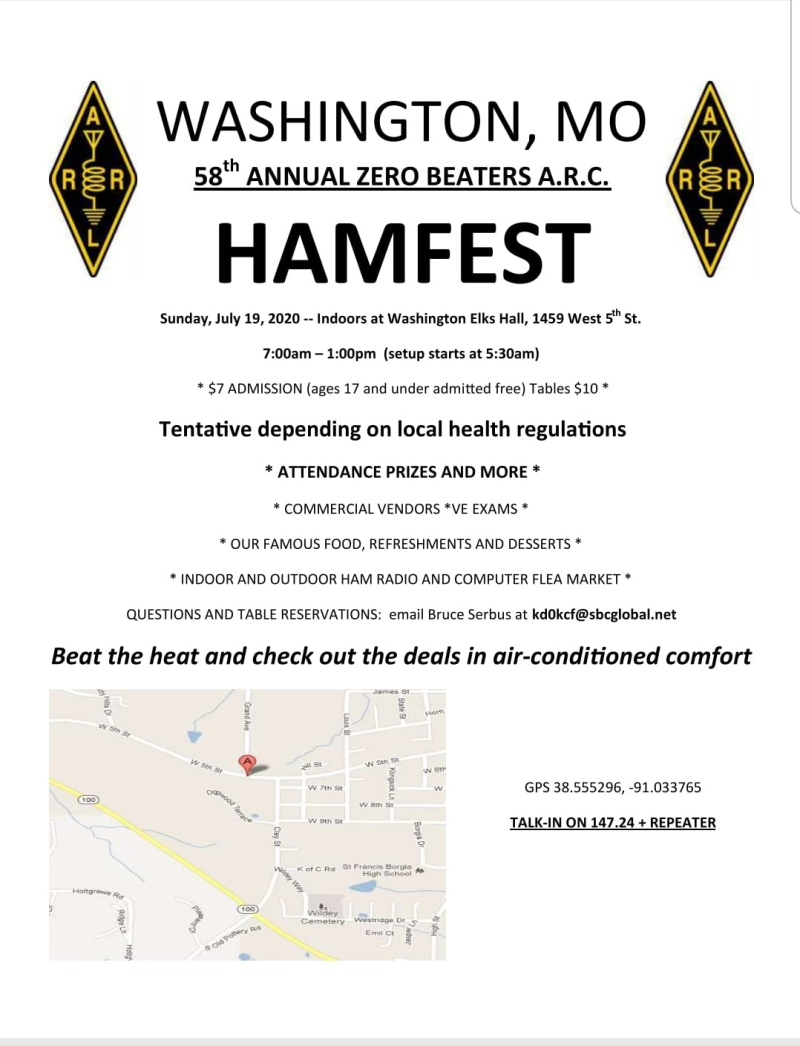 The Radio Amateur is:

CONSIDERATE….. never knowingly operating in such a way as to lessen the pleasure of others.

LOYAL….. offering loyalty, encouragement and support to other amateurs, local clubs and the American Radio Relay League, through which Amateur Radio in the United States is represented nationally and internationally.

PROGRESSIVE….. with knowledge abreast of science, a well built and efficient station, and operation beyond reproach.

FRIENDLY….. with slow and patient operation when requested, friendly advice and counsel to the beginner, kindly assistance, co-operation and consideration for the interests of others. These are the hallmarks of the amateur spirit.

BALANCED….. Radio is an advocation, never interfering with duties owed to family, job, school or community.

PATRIOTIC….. with station and skill always ready for service to country and community.

Posted at 10:03 AM in History, Miscellaneous | Permalink

The ballots for the Illinois Section Manager Elections were counted at the ARRL HQ in Newington here are the results;
For the position of Illinois Section Manager:
Thomas Beebe, W9RY, received 600 votes.
Scott DeSantis, KB9VRW, received 288 votes.
Ron Morgan, AD9I (incumbent), received 605 votes.
Ron Morgan, AD9I, has been declared re-elected, and he will begin his new term of office on July 1. 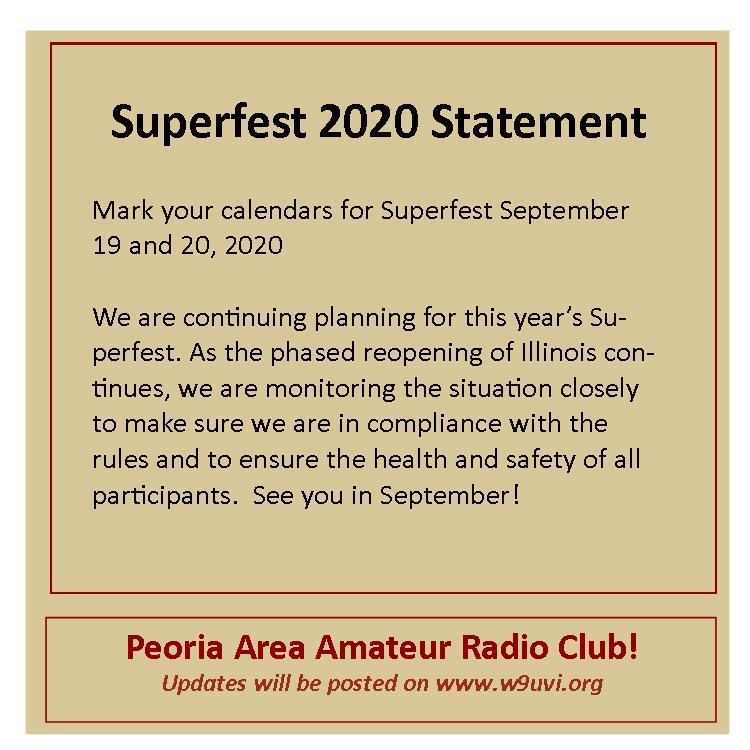 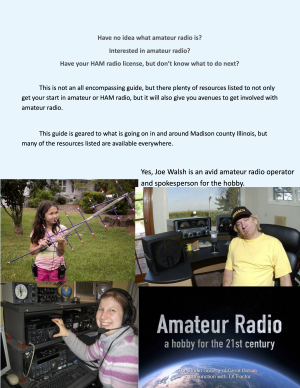 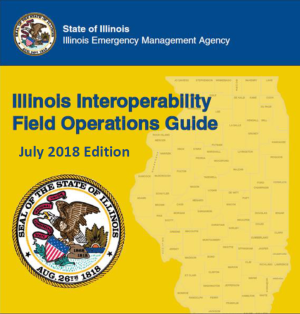